THE REAL COST OF BEING CRITICALLY ILL IN SINGAPORE: Manulife survey reveals that 1 out of 3 critical illness patients have used up most or all their savings

Singapore – A new Manulife study on critical illness found that close to 40% of respondents have spent all or most of their savings battling illness. Furthermore, Singaporeans who become seriously ill do not just struggle with their disease and medical bills, they often feel like a burden to their friends and family (76%), experience emotional and psychological distress (72%) and face the fear of abandonment (58%).

These are among the key findings of the survey* that polled 500 critically ill patients and caregivers to gain an insight into the reality of being sick in Singapore. The survey is unique in that it focuses on respondents, all of whom either have a serious illness or are caring for a sick friend or family member. This helps shed light into the real experiences, challenges and fears that they face. 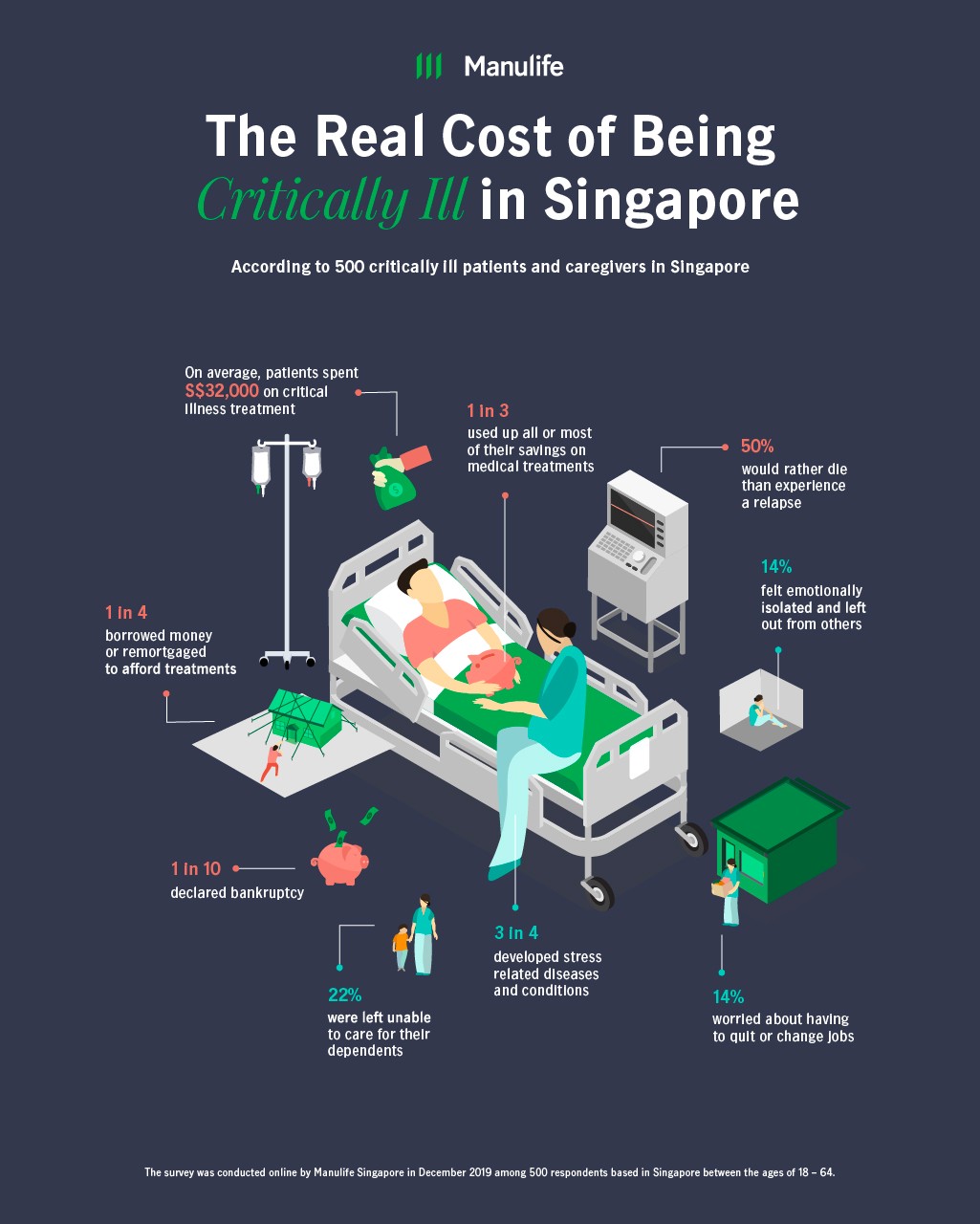 As one might expect, financial concerns are among the biggest challenges faced by the very sick. Half of the respondents suffered serious financial problems after being diagnosed with critical illness. On average, patients spent about SGD$32,000 treating their critical illness conditions, while 15% spent in excess of $50,000 or more.

As a result of their medical conditions, 1 in 3 patients applied for subsidies or sought cheaper medical care, while 1 in 4 borrowed money or remortgaged to afford treatments. An astounding 20% of respondents admitted to facing trouble paying for basic necessities. This could be an indication to why people with serious medical conditions are reluctant to seek medical attention and healthcare.

The survey also found that a prolonged period of critical illness could lead to a permanent reduction in one’s income. 33% of patients are worried that they will have to stop working after being diagnosed and 24% fear that they will end up losing their jobs. The medical bills will keep mounting while sources of income gradually shrink and eventually diminish. A shocking 6% of patients surveyed ended up declaring bankrupt as a result of their critical illness.

Emotional Trauma of Being Critically Ill

The costs of illness are not always limited to medical bills. The effects of a serious illness can disrupt all aspects of life, bringing about emotional upheaval - from fear and worry to grief and despair.

Besides worrying about their health, the Manulife survey revealed that most patients experience anxiety as their life enters a world of the unknown. Many patients fear the loss of independent existence (77%). At the same time, 72% are also worried about being diagnosed with another illness and 77% fear that their current condition will worsen. 72% indicated that the illness has brought about additional emotional and psychological disorders.

They are also unsure about their ability to come back stronger and continue building a future for themselves. 71% are afraid that they do not have sufficient savings to continue long term medical care and worry that they will eventually lose the ability to earn an income (65%). Over half of the patients surveyed are unsure if they will be able to pay off all the loans they have taken to cover their critical illness.

Almost 100% of respondents felt that being diagnosed with a critical illness have made them a burden to others. In addition, 6 in 10 are afraid that their friends and family will abandon them. A worrying 50% of patients surveyed indicated that they would rather die than experience a relapse.

Strain and Distress on Caregivers

Critical illness can also put a financial strain on the patient’s family members or friends who are looking after them.

According to the study – 1 in 4 caregivers depleted most or all of their savings on health care needs. 1 in 3 sought cheaper medical care alternatives, and 1 in 10 could not afford to pay for basic necessities. 14% among those surveyed worried about having to quit or change their jobs to cope with caring for a critically ill friend or family member.

9 in 10 caregivers admitted that their family or loved one diagnosed with critical illness is a burden that put a strain on their financial situation. 71% of caregivers surveyed felt emotional pressures and ended up developing stress-related diseases and conditions.

“There is a general perception amongst Singaporeans that critical illness will not strike them or their family members. With our Manulife survey, we wanted to dig deeper into the realities of being very sick. The main thing that stood out was how critical illness does not just impact you, but affects the ones closest to you, especially the caregivers. Life is a journey with unexpected events along the way and we want to urge everyone to protect against life’s uncertainties,” said Darren Thompson, Chief Product Officer of Manulife Singapore.

Be #Unbroken in the Fight Against Critical Illness

Critical illness does not discriminate. It can strike anyone regardless of age, background or gender at any time. The cost of critical illness is beyond measure. Yet, for the thousands of patients with critical illness and caregivers in Singapore, their will to survive and fight is commendable.

It is this strength that inspired Manulife to produce a poignant feature film as a dedication and show of support to the #Unbroken ones. Titled “The Unbroken”, the short film highlights the unbreakable spirit of Singaporeans even in the face of an unexpected Critical Illness. Set in both the 1960s and present day, it tells the story of a family’s unbreakable spirit in the face of adversity.

An integral part of the film is its soundtrack. The classic Hokkien ballad ‘爱拼才会赢’ was chosen to bring the film’s emotional and impactful story to life. The song was re-scored and sung by local Getai legend, Wang Lei, especially for this film.

The film was launched on Manulife’s YouTube channel and social media platforms. Watch it here.

According to the Protection Gap Study Report released by the Life Insurance Association in 2018, Singaporeans are woefully underinsured for critical illness. Whether as individuals or families, there is a real risk that a critical illness or accident could bring about financial disaster either from the hefty bills or the loss of long-term income.

With thoughtful protection planning, a critical illness plan can help to secure yourself and your loved ones’ future against life’s uncertainties -

Scan to play The Unbroken video. 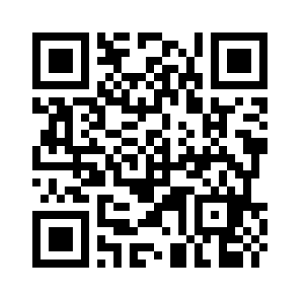 Critical illness refers to any one of the 37 conditions of the Life Insurance Association Critical Illness Framework, including major cancer, heart attack of specified severity, and stroke with permanent neurological deficit. View the full industry list here.